Literally and metaphorically sweet, the Sugarbowl of the Philippines will give you the delight you unknowingly need!

The Province of Negros Occidental is rich both in culture and agriculture. Its sugar industry gives an above average standard of living to the nobles. Their affluent lifestyle is seen through the infrastructures and buildings found around Negros. Although underrated, these buildings still stand strong and are well-kept. The province has also been a center of culture and arts for years. As a matter of fact, it is the hometown of the two greatest National Artist of the Philippines – Architect Leandro Locsin and the world-acclaimed mezzo-soprano Conchita Gaston. Likewise, Negros exuberance can also be witnessed through their cities' various joyous magnificent festivals.

Starting from the Capital of Negros Occidental, the Bacolod City – the City of Smiles! This highly-urbanized city is actually governed independently. The residents of Bacolod are undoubtedly friendly and easy to converse with – even for the foreign tourists. Renowned for the Masskara Festival, the city also prides its very own Bacalaodiat Festival. Furthermore, the Panaad sa Negros Festival is also celebrated here. The City is also full of tourist spots, restaurants and has four to five stars hotels, and offers a great nightlife. Bacolod is even surrounded by different captivating pubs. Along the illuminated City Hall of Bacolod are several gastropubs that will give you a relaxing and interesting night. Satisfy your eyes and stomach with Bacolod’s pride! 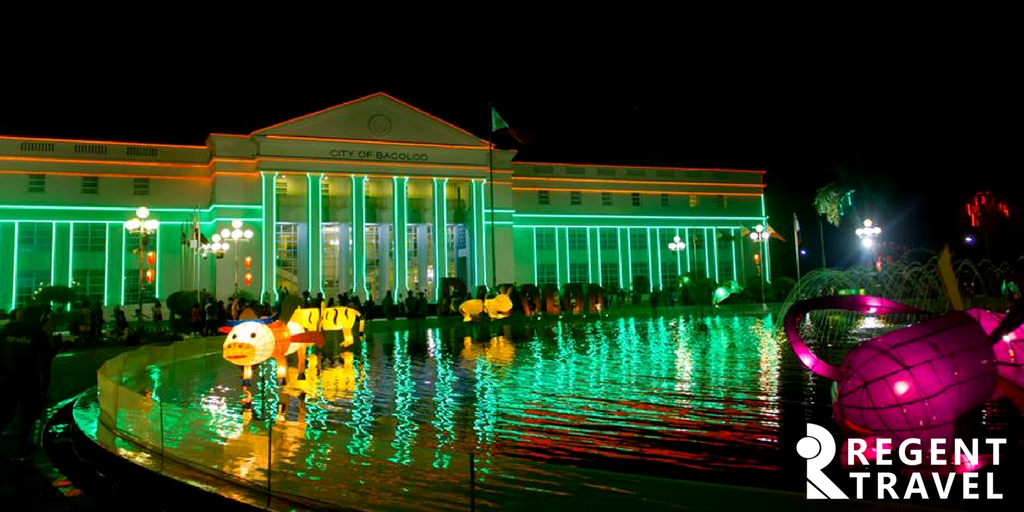 Next to this city is the Talisay City where The Ruins is located. The Ruins is actually one of the most popular tourist attractions in Negros Occidental. It is the remnant of the ancestral home of Don Mariano Ledesma Lacson and Maria Bragasa Lacson family. The sugar baron Don Mariano instructed an Italian Architect to built the home mansion in memory of his Portuguese Wife Maria Braga Lacson. With its beauty, The Ruins garnered the nicknames “Taj Mahal of Talisay,” “Taj Mahal of Negros,” and “Taj Mahal of the Philippines.” It is open daily for visitors which also has a tour guide who narrates the owners’ stories and the ancestral home’s history. 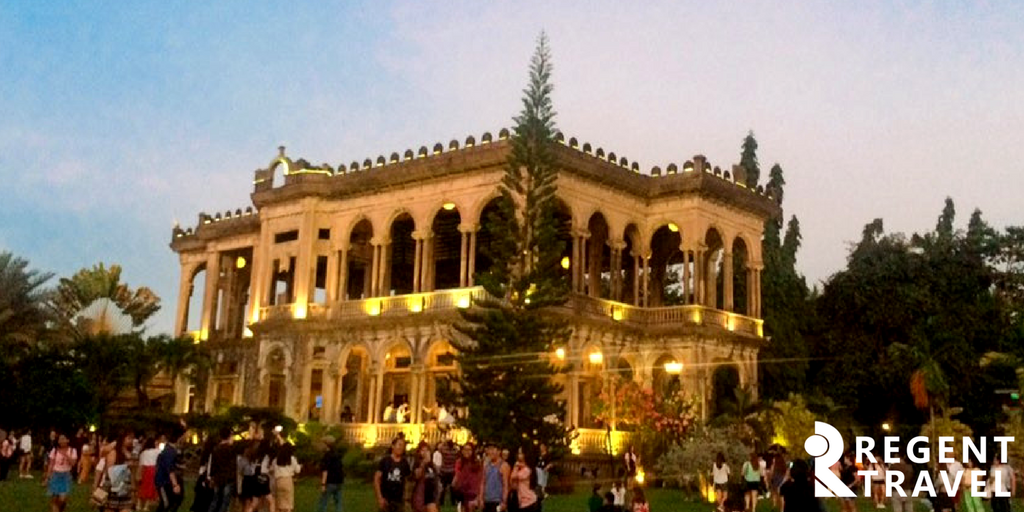 Afterward, is the Silay City known as “The Paris of Negros.” The residents of Silay are notable for their passion towards arts. In fact, the city has produced many Filipino artists, one of them is Philippine National Artist Architect Leandro Locsin. Even today, the residents love for arts is still alive. This is shown through their cultural shows and preserved ancestral homes. In actuality, more than 30 ancestral homes are declared as a part of Silay National Historical Landmark by the National Historical Commission of the Philippines. Silay City will definitely give an interesting and magnificent tour for every kind of travelers. 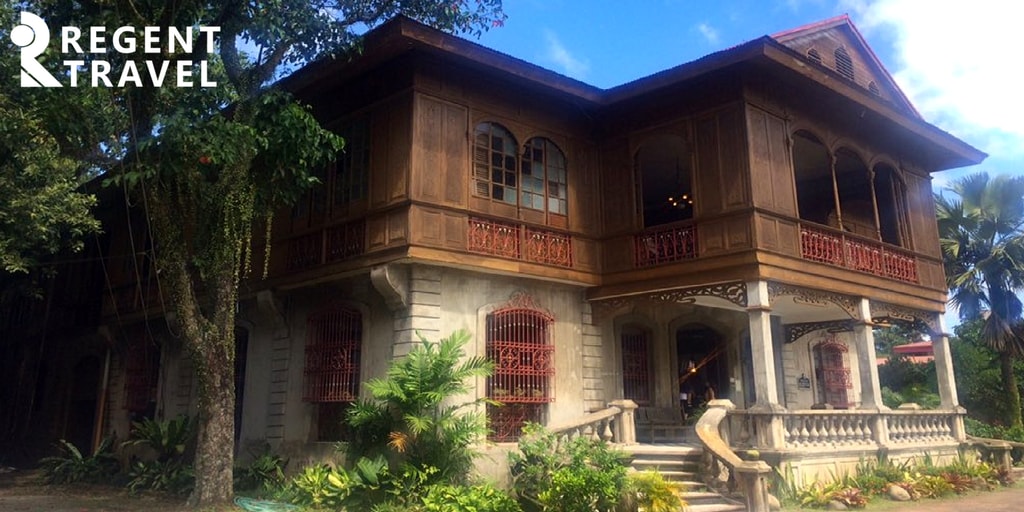 Meanwhile, the City of Sagay is definitely one great escape from the loud city life. Touring around Sagay City gives an overwhelming feeling of tranquility and nostalgia from childhood summer memories. The City’s very own Museo Sang Bata Sa Negros shall be on the list of every tourists’ must visit places. The guides in this Museum are all grade school students, well trained and are awesomely good at speaking in English. Then explore the Sagay Marine Reserve – the Carbin Reef. This paradise marine reserve will absolutely give travelers a peace of mind. Swim to its refreshing clear blue water and try snorkeling to see some marine creatures. Tourists can have a variety of seafood delicacies at Suyac Island perfect for lunch. The mangroves forest that surrounds Suyac made the place more magnificent and the water coolly refreshing. Dip into the water again after a satisfying lunch of seafood to seize the island hopping tour. 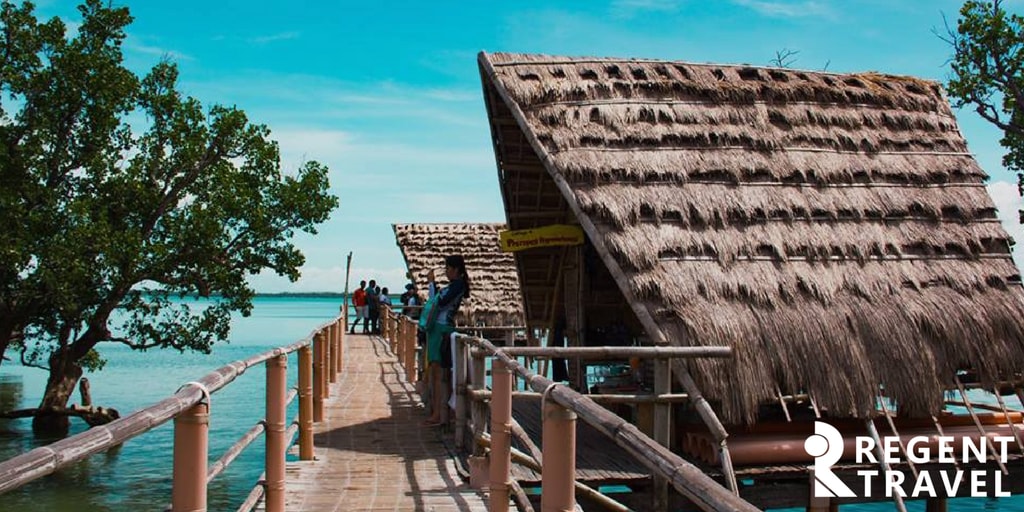 Another amazing attraction in Negros Occidental is located in the Municipality of Murcia. The Mambukal Resort offers different recreational activities and facilities. The resort is just more than a half hour ride away from the City of Bacolod. Travelers can also stay the night at the resort as it offers affordable accommodation. The most known attraction in this resort is actually its hot spring. They have the Ishiwata Bath House, Japanese Ofuro, and Warm Sulfur Dipping Pool. Some of its facilities to enjoy are The Blade Spa, Butterfly Garden, Bat Watching, and the 7th Falls of Mambukal. Also, every 3rd week of June, the Mambukal Resort hosted a celebratory event of man and nature harmony called the Mudpack Festival. 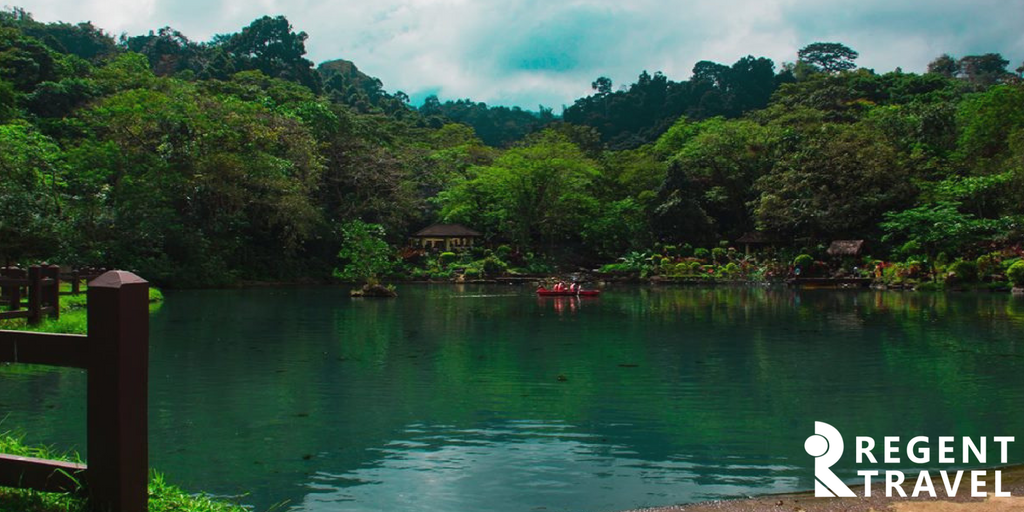 The Bacalaodiat Festival is celebrated every Chinese New Year at the Negros capital, the City of Bacolod. Bacolaodiat is a combined word of Bacolod and the Fookien word for celebration Lao Diat. During this event, the city is pervaded with cultural dances, illuminated giant lanterns, fireworks display, and Chinese food. It also follows a series of events of cultural shows, competitions, entertainments, exhibits, parades, and ceremonies. Bacolod has also incorporated a tradition during Bacolaodiat to adopt a son and be the honorary mayor of the city. 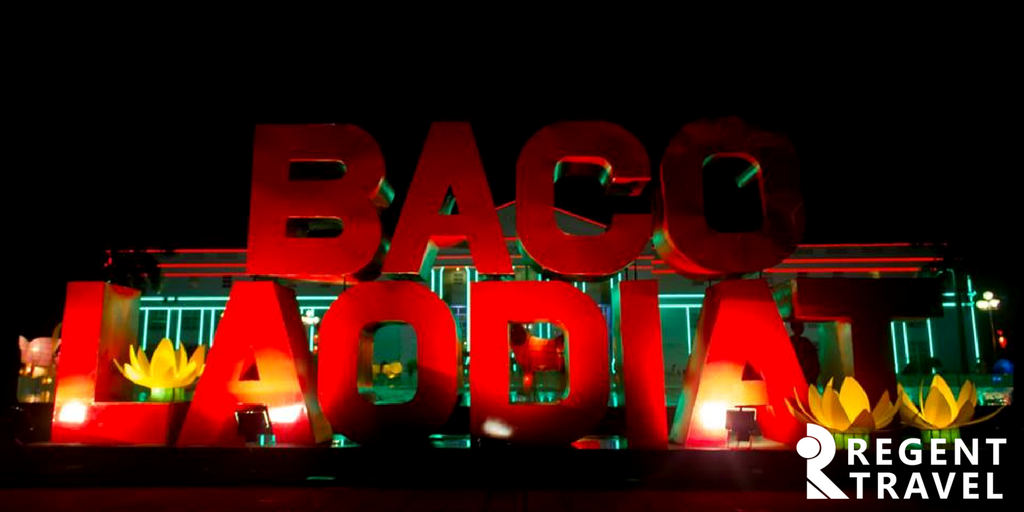 2018 marks the 13th celebration of Bacolaodiat Festival with the theme “A Family Legacy of Loyalty and Honor.” The festival features the Foo Dogs that symbolizes loyalty and protection. This year, the singer-songwriter and businessman Jose Mari Chan is the Bacolod’s adopted son. Chan gladly accepts it with gratitude and warmly hopes for Bacolod continuous prosperity. Meanwhile, the well-loved Bacolod City Mayor Evilio Leonardia is definitely pleased with its region. Mayor Leonardia first introduced the concept of the festival way back year 2005. With a mindset of showing appreciation and support for Filipino-Chinese Community in improving the Bacolod economy, he created the Bacalaodiat Festival. Indeed, his idea has brought more opportunity and gaiety to the city. 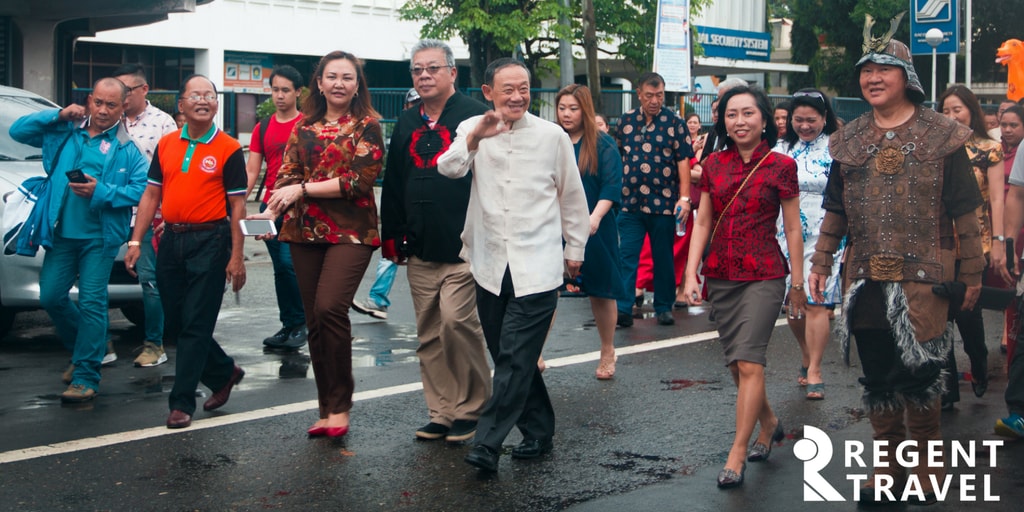 What’s even more surprising is that everyone is extremely thrilled to participate in Bacolaodiat Festival. The residents of Bacolod definitely put the true meaning of festive in Bacolaodiat. Even grade school students and high schools students are immensely passionate about the Street Dance Competition. Aside from the Panaad sa Negros Festival and the popular Masskara Festival, the Bacalaodiat Festival is another must-experience event at the City of Bacolod. True to its nickname the City of Smiles, this region is able to provide genuine happiness to the locals, as well as to the tourists. 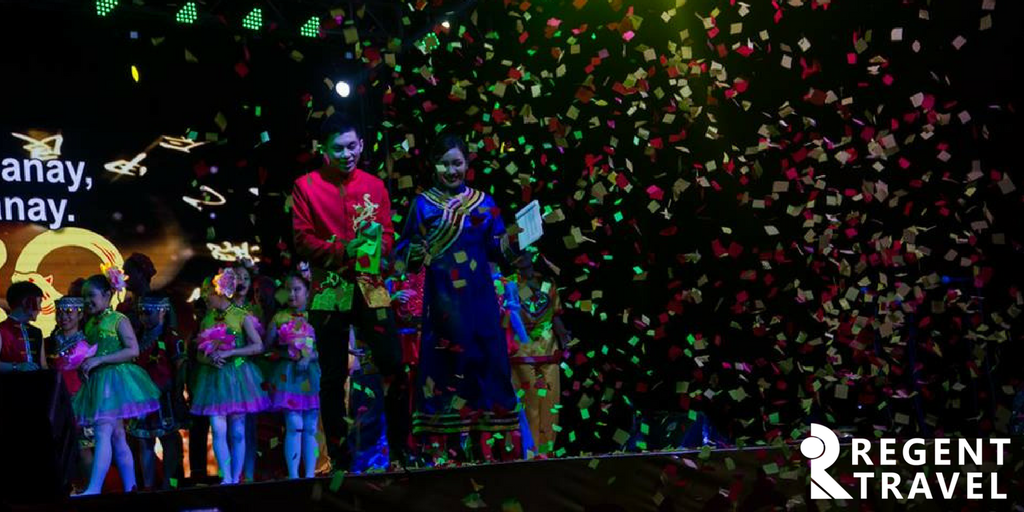 The Bacolaodiat Festival this year was held for four days from February 15 to 18 at different places in Bacolod City. The festival main attractions though were held at the South Capital Road and the Lacson Tourism Strip. This includes the Bacalaodiat Grand Parade, the Chopsticks Alley, the Bacolaodiat Imperial Village, and the Lantern Street Dance Competition. This event celebration will surely be grander next year, hence never hesitate to check the Bacolaodiat Festival! 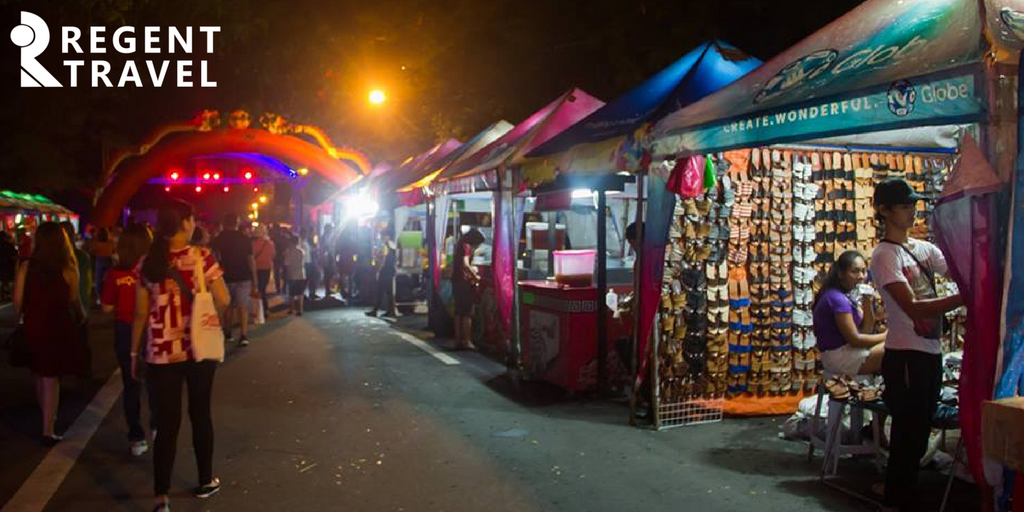